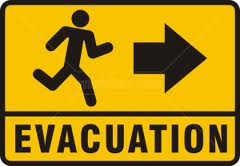 In the event of a sudden, catastrophic event, you may have just minutes to gather your family and get out of your house—possibly for good. What would you take? Where would you go? Planning ahead for the worst can help minimize the impact of a tragedy and may even save lives. This five-step plan can help get you and your family on the road to safety.

Some of this information is also covered in the I.I.I.’s Know Your Plan app. Check it out for preparedness tips, handy checklists (including ones you can personalize yourself) and evacuation planning advice to cover a variety of disasters. It’s a great tool to help get you and your family—including pets—organized and ready to act more quickly if an emergency strikes.

For your evacuation planning:

1. Arrange your evacuation ahead of time

Don’t wait until the last minute to plan your evacuation.

2. Plan what to take

Many families choose to have a “go bag” ready with some of these critical items. Consider packing the following for an evacuation.

Making a home inventory and having it handy will be useful if you need to apply for disaster aid. It will also:

Keep the following important documents in a safe place that you can easily access and take with you in the event of an evacuation. And while for most of these you’ll need an original, it’s a good idea to make digital copies and keep them with you on a thumb drive, as well:

To ensure that you and your family are fully prepared for a sudden evacuation, do a real-time test. Give yourself just 10 minutes to get your family and belongings into the car and on the road to safety. By planning ahead and practicing, you should be able to gather your family members and pets, along with the most important items they will need, calmly and efficiently, with a minimum of stress and confusion. 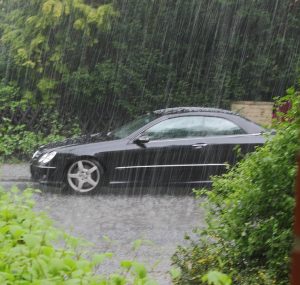 With predictions of an above-average hurricane season issued by Colorado State University this week, businesses need to take measures to prepare and increase their chance of surviving, according to the Insurance Information Institute (I.I.I.).

Forty percent of businesses do not reopen after a disaster and another 25 percent fail within one year, according to the Federal Emergency Management Agency (FEMA). But by taking action now to prepare, businesses can increase their chance of getting back on their feet financially and keeping their doors open.

The I.I.I. and the Insurance Institute for Business & Home Safety (IBHS) recommend the following steps:

Having a business continuity plan is vital for companies to prepare for, survive and recover from a hurricane. Use IBHS’ free OFB-EZ® (Open for Business) business continuity planning tool to create a plan that focuses on recovering after the initial emergency response. Share your plan with employees, assign responsibilities and offer training so your workforce can collaborate in the recovery of your business. Conduct regular drills to assess and improve response.

To get your business up and operating as quickly as possible after a disaster, you’ll need to be able to access critical business information. In addition to backing up computer data, keep other critical information offsite such as your insurance policies, banking information and phone numbers of employees, key customers, vendors and suppliers, your insurance professional and others. If you have a back-up site, make sure it’s sufficiently far away so as not to be affected by the same risks that threaten the primary location. Use IBHS’ free EZ-PREPTM severe weather emergency preparedness and response planning toolkit with checklists that can be customized for your company to be sure you have a well-organized plan and are ready to respond when disasters occur.

The time to review your insurance policy is before disaster strikes and you have to file a claim. It is important that your business have both the right amount and type of insurance for its needs and risk profile. There are two types of policies you can buy as a business owner:

A Business Owner Policy (BOP) is commonly used by small businesses. BOP policies combine property and liability coverage in one policy and are usually less comprehensive than a commercial policy.

A Commercial Multi-peril (CMP) policy combines several coverages—such as commercial property, liability, inland marine and commercial auto—into a single policy. It is typically less expensive to buy a CMP policy than to buy the coverages individually.

If you rent or lease a building, consider tenant coverage, which will insure your on-premises property, including machinery, furniture and merchandise. The building owner’s policy will not cover your contents.

Flooding is not covered by standard commercial insurance policies, so consider buying a separate flood policy. If you’re located in a high- to moderate-risk flood zone, you could be protecting your business from devastating financial loss. Commercial flood coverage is available from the National Flood Insurance Program (NFIP) and provides up to $500,000 in building coverage and $500,000 for contents. You can also get coverage through private insurers.

Visit the Business Insurance section of the I.I.I. website for more information. 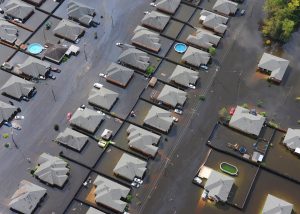 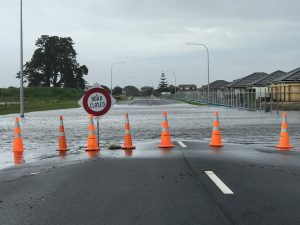 Floods occur in every region and 90 percent of all natural disasters the United States involve some type of flooding. Minimize the damage and losses from a flood by taking these precautions.

There are different alerts for floods, depending on the type of and immediacy of the potential danger. Educate your family and yourself about your community’s flood warnings:

Take practical measures to protect yourself, your family and your property

Preparedness is paramount when it comes to encroaching floodwaters. Here are precautionary steps to take well before the threat of a flood is upon you.

For more preparedness tips, handy checklists (including ones you can personalize yourself) and evacuation planning advice to cover a variety of disasters, get the I.I.I.’s Know Your Plan app. It’s a great tool to help get you and your family—including pets—organized and ready to act more quickly if an emergency strikes.

In 2012 the Biggert-Waters Flood Insurance Reform Act was passed in an attempt to make the federal flood insurance program more financially self-sufficient by eliminating rate subsidies that many property owners in high-risk areas receive.

But in March 2014 Congress rescinded many of the rate increases called for by the Biggert-Waters Act. The new law reduced some rate increases already implemented, prevented some future increases and put a surcharge on all policyholders. The measure also authorized funds for the National Academy of Sciences to complete an affordability study.

The 2014 law prevents any policyholder from seeing an annual rate increase exceeding 18 percent. It calls on the flood program’s administrator, the Federal Emergency Management Agency (FEMA), to “strive” to prevent coverage from costing more than 1 percent of the amount covered. In other words, if the policy offered $100,000 of coverage, the premium would not exceed $1,000.

The 18 percent cap will result in refunds in some cases. Refunds began in October 2014. FEMA has a fact sheet on who is eligible for refunds.

The law also reinstates a practice known as grandfathering, meaning that properties re-categorized as being at a higher risk of flooding under FEMA’s revised maps would not be subject to large increases.

It also ends a provision in Biggert-Waters that removed a subsidy once a home was sold. People who purchased homes after Biggert-Waters became law will receive a refund. Many lawmakers in coastal states were concerned that the higher cost of flood insurance would have a negative impact on the real estate industry. The subsidy will now be covered by a $25 surcharge on homeowners flood policies and a $250 surcharge on insurance for nonresidential properties and secondary (vacation) homes.

According to data from FEMA, most current flood insurance policyholders (81 percent, or 4.5 million) pay rates based on the true risk of flood damage and so were not affected by Biggert-Waters or the subsequent rollback. Properties most affected by the rate hikes were in high-risk flood zones; were built before communities adopted their first Flood Insurance Rate Map; were second homes; or are second homes that have not been elevated. Others affected include businesses and those who live in homes that have been repeatedly flooded.

In June 2014 Florida enacted a law that encourages private companies to offer flood insurance. The legislation permits four types of flood coverage – a standard policy, which resembles National Flood Insurance Program coverage, and three enhanced policies. To encourage market growth, the law allows insurers to file their own rates until October 1, 2019. After that, rates will be subject to regulatory approval.

Disaster resilience refers to the ability of communities to prepare for, recover from, and adapt to adverse events.

Urban planners and engineers around the world are developing innovative flood solutions such as amphibious housing, porous roads and sidewalks, and use of satellite data for more frequent flood alarms.

A 2017 National Institute of Building Sciences href=”http://www.nibs.org/page/mitigationsaves”>study found that for every dollar invested in riverine flood mitigation the return was $7 in cost savings.

Flood coverage in other countries

The system in the United States is unique in that for the most part the government underwrites the coverage and private insurers act as administrators bearing no actual flood risk.

In other developed countries, there are two basic methods of providing flood insurance. Under the first, the optional system, insurers extend their standard policy to include supplemental coverage for flood damage on payment of additional premium. The coverage tends to be expensive because only those most likely to be flooded, and therefore to file claims, purchase it, a situation known in the insurance industry as adverse selection. Among the countries with optional coverage are Germany and Italy.

The other method is “bundling.” Under this system, flood coverage is combined with coverage for other perils such as fire and windstorm, thus spreading the risk of flood losses across a large geographical area and greatly increasing the percentage of the population covered for flood damage. Countries that have adopted this method include the United Kingdom, Spain and Japan. In addition, in some countries such as France and Spain there are government compensation programs for major disasters, including flooding, that take effect when the cost of a disaster reaches a certain level.

In 2014 the United Kingdom launched Flood Re, a not-for-profit reinsurance organization to take on flood risks that primary insurers do not want. If an insurer calculates that the flood risk of a particular policy exceeds the flood premium, it will cede that risk to Flood Re. The insurer will pay the claim, then seek reimbursement from Flood Re. In all likelihood, Flood Re’s losses and expenses will exceed its premium. Additional funding will come from a levy raised from insurers by market share.