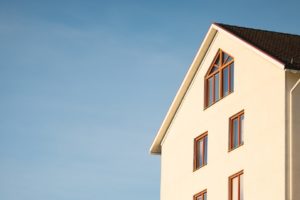 About one of every 15 U.S. homeowners insurance policyholders files a claim each year and these claimants are now giving insurers their highest ever satisfaction ratings, according to the Insurance Information Institute (I.I.I.).

“Insurers are the nation’s economic first responders and, as such, are continually working to improve how they help Americans recover their lives and businesses in the wake of tragedy and catastrophe,” said Sean Kevelighan, president and chief executive officer (CEO) of the Insurance Information Institute (I.I.I.). “This year’s J.D. Power and Associates survey results are a clear reflection that the industry’s hard work and dedication are delivering the intended results.”

These all-time high claims satisfaction scores are even more remarkable given that incurred losses and loss-adjustment expenses for U.S. property/casualty (P/C) insurers grew by 7.6 percent year-over-year when comparing the first nine months of 2016 to the first nine months of 2015, according to an analysis developed by Dr. Steven Weisbart, the I.I.I.’s chief economist.

Incurred losses reflect the dollar amount of a home insurer’s claim payout whereas a loss adjustment expense is the sum an insurer pays for investigating and settling claims, including the cost of defending a lawsuit in court.

Moreover, Dr. Weisbart noted, catastrophe-related claims through the first nine months of 2016 were already at their highest level since 2012the year of Superstorm Sandyand the fourth quarter of 2016 pushed those numbers even higher after insured claim payouts from October 2016’s Hurricane Matthew.

The federal government agreed that 2016 was a volatile, and costly one, estimating 15 separate weather and climate events last year caused more than $1 billion in economic losses, not all of them insured, according to the National Oceanic and Atmospheric Administration (NOAA).

“Property and casualty insurers have redoubled their efforts to improve the settlement process and fine-tune their customer interactions, efforts that have been clearly recognized and appreciated by homeowners who experienced significant losses this past year,” J.D. Power said.

The study also noted opportunities for improvement, most notably in water-related and other complex claims that take a long time to settle and that cause significant lifestyle disruption. J.D. Power noted, “Insurers that manage to get the settlement process and customer interaction equation right in these types of disruptive and often catastrophic scenarios are those that raise the bar for the industry.”

The study is based on more than 6,600 responses from homeowner’s insurance customers, and was fielded between January and November 2016.