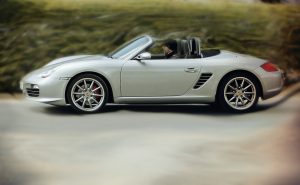 Having your vehicle stolen is bad enough, but carjacking—having it taken while you’re behind the wheel—is potentially dangerous, even lethal. Foil would-be car thieves and keep yourself safe with these precautions.

Having your vehicle stolen is bad enough, but carjacking—having it taken while you’re behind the wheel—is potentially dangerous, even lethal. Foil would-be car thieves and keep yourself safe with these precautions.

A motor vehicle—car, SUV, truck, bus or motorcycle—is stolen in the United States approximately every 45 seconds. In addition, parts of cars, like airbags and catalytic converters (which are stolen for their recycling value) are stolen out of the cars themselves. Cars and car parts stolen in the United States often wind up on overseas markets, making recovery impossible.

And, though armed auto theft represents a small percentage of the incidents, carjacking is a violent crime that can add a dire emotional toll and even bodily harm to the financial loss.

Auto theft is covered under the comprehensive portion of a car insurance policy. However, as always, it’s better to prevent a loss than to deal with the fallout of having your vehicle stolen.

There are a number of things that make your vehicle attractive to thieves—including make, model and the value of certain parts. Know that it’s not always the most valuable, the flashiest or the most expensive car makes and models that are most desirable. So whatever your car, don’t make it convenient for would-be criminals. Take these precautionary measures—and check with your insurer; some may even help lower your premium.

The VIN is usually found on the dashboard on the driver’s side of the car. Mark your VIN prominently: Use paint or an indelible marker to put the VIN under the engine hood and trunk lid and on the battery. This will make it harder for thieves to unload the car, and make it easier for the police to identify the vehicle if recovered.

If the worst happens and your car is stolen, you’ll want to file a police report. Then check that your policy covers car theft and get the claims process started. Notify your insurance professional about the incident as soon as possible—the longer you wait, the harder it will be to remember the details. Note that many insurance companies now use mobile apps, which can help you get the claims filing process started immediately.

Although carjacking is relatively rare, because carjackers are armed when they commit their crimes, it is especially dangerous. Avoid being a carjacking target with these additional precautions: