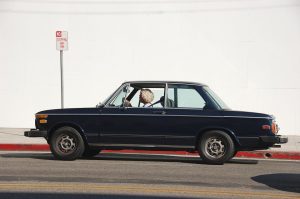 Older drivers are keeping their licenses longer and driving more miles than ever before.

The high fatality rates of this age group reflect the fact that older drivers are more easily injured than younger people and are more apt to have medical complications and die of those injuries.

There is a growing need to help older drivers sharpen their skills as well as recognize their changing abilities and adapt their driving practices appropriately. Insurers have partnered with state and local governments, and groups such as AARP and the AAA Foundation for Highway Safety to create programs designed to address these needs.

According to the Governors Highway Safety Administration, impairments in three key areas—vision, cognition and motor function—are responsible for higher crash rates for older drivers. Vision declines with age; cognition, which includes memory and attention, can be impacted by medical problems such as dementia and medication side effects; and motor function suffers as flexibility declines due to diseases such as arthritis.

A 2018 report from TRIP, a nonprofit organization that studies transportation issues, calls for transportation improvements that will enable older Americans to maintain their mobility. Since there are about 46 million people age 65 or older, projected to more than double to over 98 million by 2060, roadway safety improvements are increasingly important as 90 percent of travel for this demographic takes place in a private vehicle. Almost 80 percent live in auto-dependent suburban and rural areas. Public transit accounts for only two percent of trips for older Americans. Ridesharing services can help seniors maintain their mobility although they often require the use of smartphones, which are owned by under one-third of older Americans. Self-driving and connected vehicles hold much promise for the mobility of older Americans.

Many states routinely attempt to identify, assess and regulate older drivers with diminishing abilities who cannot or will not voluntarily modify their driving habits. According to the Insurance Institute for Highway Safety, 18 states require older drivers to renew their drivers licenses more often than the rest of the state’s residents. In addition, 18 states require more frequent vision tests for older motorists. Sixteen states and the District of Columbia prohibit older drivers from renewing licenses by mail or online. One state, Illinois, requires older drivers age 75 and over to take a road test at renewal and the District of Columbia requires a doctor’s approval for drivers over the age of 70 to renew their licenses.

Some states restrict driving activities for people with certain medical conditions or after a serious accident or traffic violation. Depending on their ability, older drivers may be limited to driving during daylight hours or on nonfreeway types of roads. In most states restrictions such as these can be placed on anyone’s drivers license, regardless of age, if his or her medical condition warrants it.

A 2014 study published in the journal Injury Epidemiology found that no policy in state drivers license renewal laws examined had a significant impact on fatal crash involvement of drivers younger than 85 years of age. However, two provisions had some effect on the involvement of older drivers in fatal crashes. Mandatory in-person renewal was associated with a 31 percent reduction in the fatal crash involvement rates of drivers ages 85 and older. In states where in-person renewal was not required, requiring drivers to pass a vision test was associated with a similar reduction for drivers age 85 and older. But in states where in-person renewal was required, mandating a vision test was not associated with any additional reduction, along with requiring a knowledge test or an on-road driving test. Results were also not statistically significant for laws that require more frequent renewal or requiring healthcare providers to report cases concerning their patients’ driving ability.

According to the National Association of Insurance Commissioners, as of January 2015, 34 states and the District of Columbia mandated premium discounts for older adults. (These state laws have not been changed since February 2013.) All but Massachusetts require older drivers (usually age 55 and over) to complete an approved-accident prevention course. In addition, 12 states mandate discounts to all drivers (including older drivers) who take defensive driving or other drivers’ education courses. In general, the state-mandated discounts apply to liability coverages because they are most relevant. The regulations can vary by state. For instance, in Massachusetts the older adult discount applies to all coverages for drivers over the age of 65.

In addition, some insurance companies offer discounts in the states in which they do business for drivers who complete defensive driving or other approved courses, including discounts for seniors who take AARP courses.