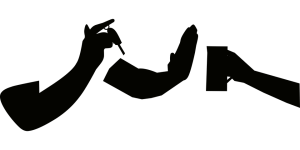 Road rage incidents are not only dangerous, they are exempted from coverage by many auto insurance policies. Understand your risks and take precautionary measures to avoid being a victim—or a cause—of aggressive driving accidents.

Crowded highways and traffic backups at times cause drivers to lose control and become extremely aggressive. Road rage is a real problem that can lead to serious accidents or even incidents of violence on the road.

It’s important to realize that road rage is listed as an exemption in many auto insurance policies. This is because any damage or liability stemming from aggressive driving isn’t considered an accident but rather as having been caused by risky behavior.

Rather than risk paying the consequences of road rage—one of which may be not having your auto insurance claim paid—it’s best to avoid a dangerous and costly aggressive driving incident in the first place.

If you encounter an aggressive driver on the road…

If you have a short fuse yourself stay cool and…