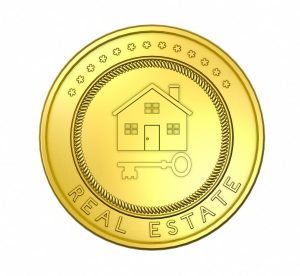 One of the most important things renters insurance covers is damage to your personal property. Your landlord’s insurance probably doesn’t cover any of your personal belongings if a covered loss happens to the apartment.

(Covered losses usually include fire, water damage from an overflowing sink, theft, vandalism, and a few other things. But be sure to talk to an agent and read your policy because different companies often vary in their wording.)

It’s important because you own things

The first objection I often hear about renters insurance is “Lucian, I don’t need it because I don’t own a lot of stuff.” Yes, we’re all about minimalist Instagram chic – in theory. But in practice, we own a lot of stuff, because we’re human beings who need clothes and dishes and sometimes we even own a couch.

Think about clothing for a minute. Unless you live by Miami Beach and only need a bathing suit, you own more than one set of clothes. A few pairs of pants. Blouses. Underwear (presumably). Maybe you own a suit or nice dress for work. If you live up north, you probably also have an entire winter wardrobe.

Now imagine you lost all your clothes in a fire. It could cost you hundreds, if not thousands of dollars to replace them. Because you own a lot of clothes.

Nothing is free – especially not replacing all your stuff

Another objection I often hear is “Lucian, won’t I just be giving those big insurance companies free money if nothing bad happens to my stuff?”

First, premiums are often pretty reasonable. The most I’ve ever paid for renters insurance was around $25 a month, and that was in a part of New York City where I was still probably getting a bargain. Some of the new app-based companies charge premiums as low as $5 a month. Your budget won’t hate you for that kind of expense.

Besides, no one ever says “at last, I can finally cash in on those insurance premiums I’ve been paying!” after their apartment building burns down and they lose everything.

Which leads me to my second point: an intangible value of insurance is peace of mind. People like to know that they don’t have to spend all their disposable income replacing everything they own. Odds are, you’re also one of those people.

Like life itself, renters insurance is about more than just the things you own

But let’s pretend for a minute you don’t actually own any stuff. Renters insurance also usually covers:

We’re all busy, but applying for renters insurance takes maybe 15 minutes, tops. Many companies let you apply via an app, so while your train is hopelessly delayed you can use that time to protect yourself and your stuff. That way, if your apartment building catches fire while you’re at work, you can rest (relatively) easy knowing that you’ll have help buying replacement stuff and having a place to stay while you find a new apartment – for about the price of a coffee or four a month.